Why London’s Canals Are Green. Water or Grass? 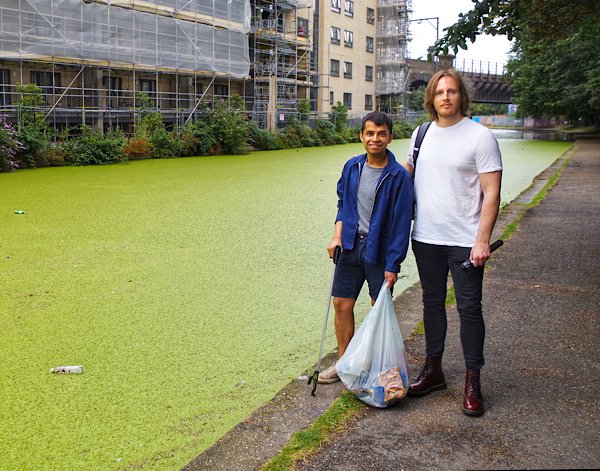 You might have seen that some of London’s canals are green.  But why?  What you’re looking at here is a green covering of duck weed.  It’s because of extraordinary hot weather and it’s all linked to climate change.  All I know is that it’s so thick in places that birds and other wildlife can walk on it!  Whilst they are ‘walking on water’ (picking up bugs and insects) they’re also dodging a plethora of rubbish.

That’s Juan in the above photo with me.  I bumped in to him one morning just voluntarily picking up rubbish, no fuss or recognition, he just gets up and does this once or twice a week.  Sometimes more.  I spoke to him and wanted to shake his hand, I rarely come across silent heroes like him lately.

We both look at all the rubbish that was now held on the surface of the canal.  This crap would normally either sink or be swept elsewhere by the water movement.  But now you can see it all, in all it’s horrifying glory.  I was pleased in a sad way, I could see exactly how much rubbish people throw in our canals.  When will people REALISE how much damage they cause when they do this. 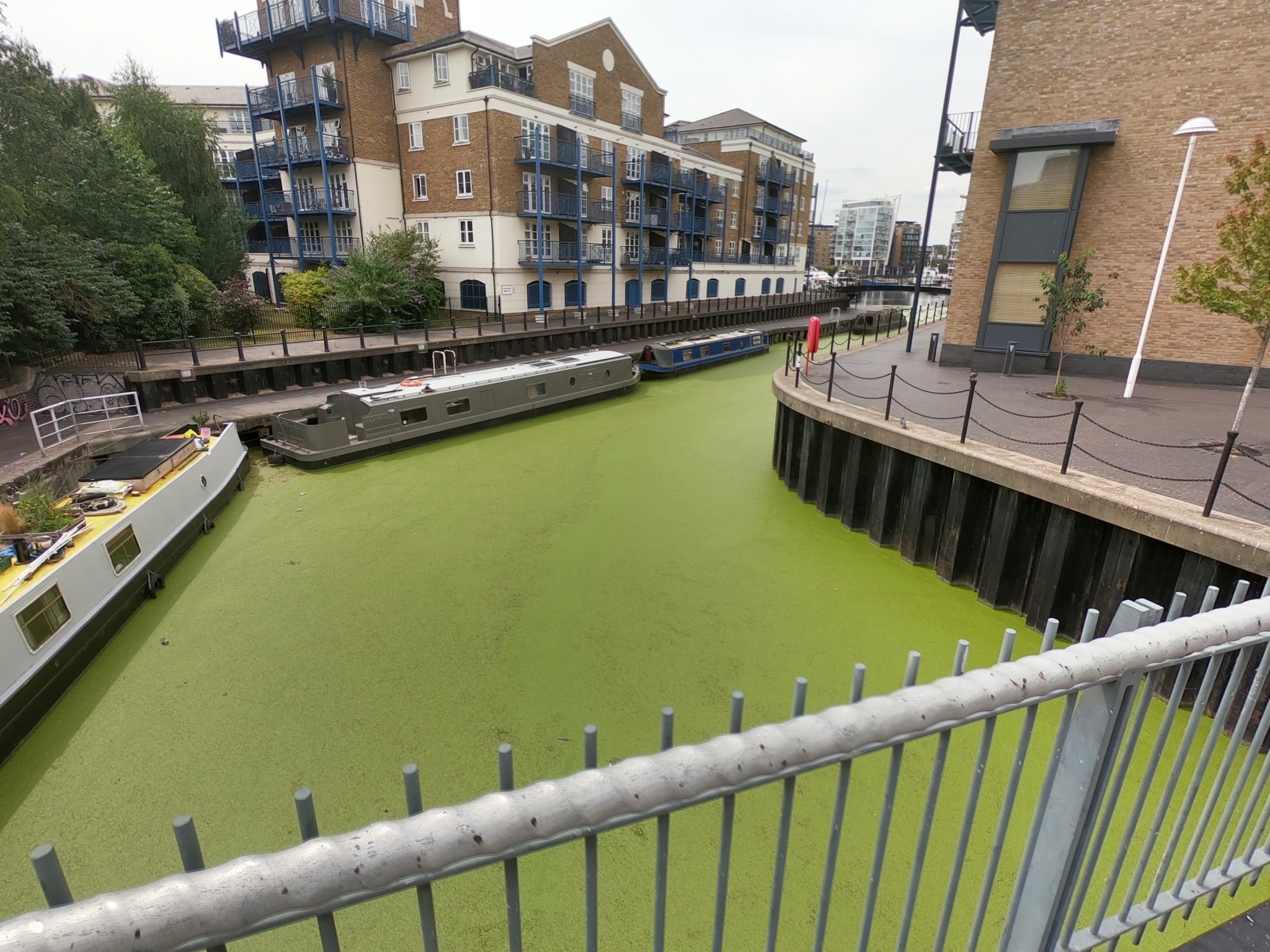 So this is the Limehouse canals, or Limehouse cut to those who don’t know the lingo.  Just off Limehouse Basin, or Pea Soup Avenue as I’ve named it.  It is a beautiful area of London, the marina is home to people living on their boats, dog walkers, fish in the water.  Sadly also people who fish (there are clear no fishing signs) and those who use the whole canal system as the nearest bin, if they even think this way; that rubbish goes in bins.

“Another example of climate change in our midst”

The duck weed in the canals is so thick that the wildlife is quite happy walking on it.  I was lucky to get the video a bird just pottering around on it.  The other obvious sad truth is that the amount of rubbish this little guy is surrounded by, it’s always a heart breaker for me to see wildlife and our rubbish come in to contact this way, or in any way.

When the weather changes the duck weed to go as quickly as it arrived and the rubbish will sink or be swept away to pile up somewhere further down the waterways.  It made me think how big of a job it would be to dredge our canals, to pull out who knows what has been lurking in the waters for who knows how long.  As it turns out, a huge job.  There are thousands of miles of canals and rivers in UK and the Canal and River Trust is under funded and under staffed, shockingly.

Realiser was born from a dream to be in a realised state, a state of awaken.  To be able to see the most obvious things having missed them for so many years.  Subsequently I wanted to create something to serve as an example of how it could be.  If only we might spend the time loving that we spend hating.  Above all spending the time to be kind to others for no reason.  You get the idea. I hope you enjoyed my blog about why London’s canals are green.  I will travel around doing what I can and would love for you to join me.  Follow my path here… 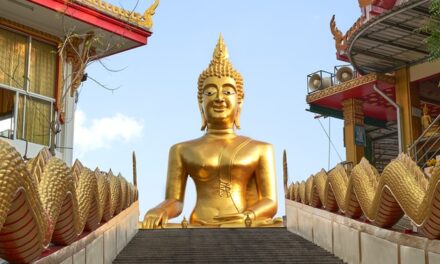 The Difference Between Religion & Spirituality 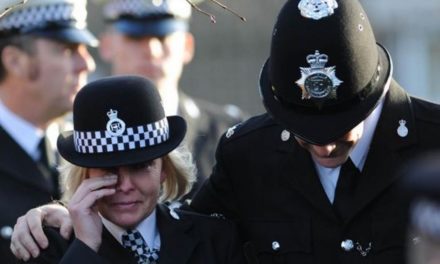 Spirituality And The Police 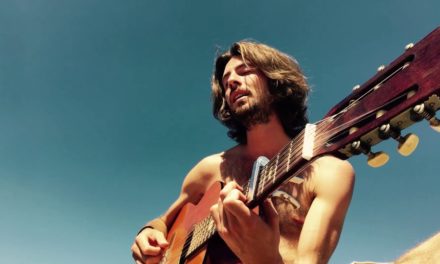 Who is Sam Garrett? 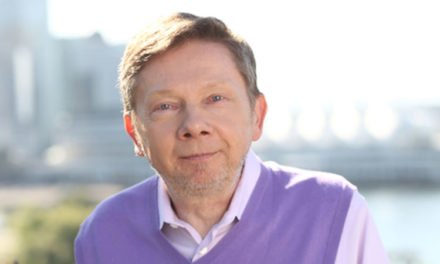 How much can we learn from modern Spiritual figures?